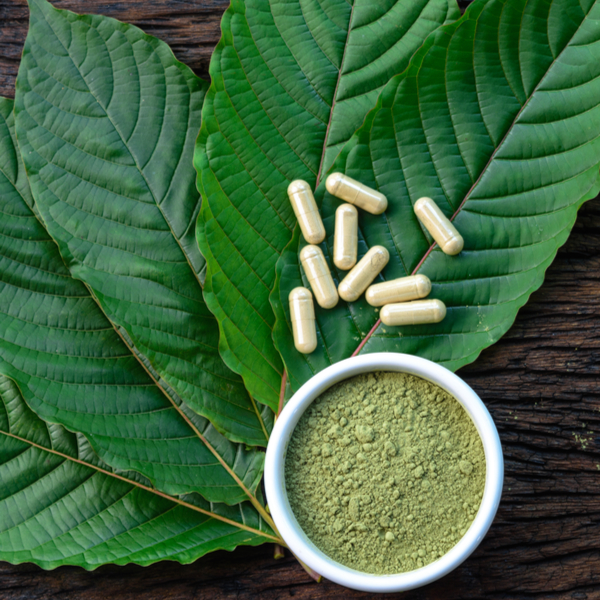 Mitragynine is the primary alkaloid in the tropical tree, Mitragyna speciosa, and is more commonly known as Kratom to recreational users – who use it because of easy access and psychoactive effects. Kratom use has been increasingly debated as a public safety issue in the United States. In 2016, the Drug Enforcement Agency (DEA) announced intention to schedule Kratom on the Controlled Substance List. The DEA’s attempt to list Kratom was later withdrawn due to public outcry. Though it was not banned federally, several states and metropolitan areas have placed regulations.

In 2018, the Food and Drug Administration (FDA) issued an announcement encouraging consumers not to purchase Kratom calling its compounds ”opioids” and noting it has been “linked to as many as 44 deaths.” Regardless of the public safety debate, one thing is clear: there is a noticeable increase in Kratom use and mitragynine is found much more frequent in postmortem toxicology and DUID investigations.

A new study published by a cross-organizational team from NMS Labs, the North Carolina Office of the Chief Medical Examiner and The Center for Forensic Science Research and Education (CFSRE), entitled The Trouble with Kratom: Analytical and Interpretative Issues Involving Mitragynine, outlines an analytical method that resolves mitragynine from its stereoisomers, to not artificially inflate mitragynine concentrations. One key aspect the researchers were cognizant of was that due to the instability of mitragynine in biological samples, the testing should be performed in the appropriate time frame to provide the best interpretation. Otherwise, the results will be artificially low. Over the course of 27 months, a total of 1,001 blood cases from 46 states and 3 Canadian provinces were analyzed using liquid chromatography-tandem mass spectrometry.

In addition to the analytical method outlined, the study included case studies of adverse effects supplied from previously published reports and the North Carolina Office of the Chief Medical Examiner. Commonalities among the 40 deceased include previous histories of illicit drug use or a prescription for opioid painkillers at the time of death. The causes of death (COD) included accidental and suicide. Most of the deceased had mitragynine and a second opioid in their blood samples. While mitragynine is typically not designated as the sole COD, it still important to understand the role mitragynine plays in human performance or death investigation as information is currently lacking to reliably designate therapeutic, toxic and fatal concentrations. The study recommends analysis on a case by case basis.

There are increasing numbers of DUID cases where mitragynine is found in routine toxicology testing, although the numbers are low relative to other abused drugs. Among observations police officers have noted from the field were driving out of the lane, pinpoint pupils, and poor performance in field sobriety tests.

Mitragynine poses a risk to recreational users and those using it as a natural remedy or nutritional supplement due to lack of medical supervision or oversight/regulation of the dose based on published research and results from the study.

What were the goals of the research team when the study began?

DP: Mitragynine is a compound that is increasingly being seen in forensic toxicology, and therefore more questions are being asked regarding its role in postmortem and impaired driving cases.  The goal of this work was to identify analytical issues associated with mitragynine detection and then explain how these analytical issues affected the end interpretation of mitragynine’s role in toxicology casework.  It was important to detail cases involving mitragynine, including many postmortem cases, and identify potential issues that may affect the reported mitragynine concentration, and then ultimately, how we interpret that concentration.

A year over year comparison of submitted mitragynine blood cases to the laboratory shows a 53% increase in 2018 (n=785) compared to 2017 (n=512).  Can you speculate why there was such a high increase?

DP:  It is well known that the United States is in the throes of an opioid epidemic, which includes a large population of individuals who are trying to manage chronic pain conditions.  Mitragynine, through use of Kratom products, offers a natural alternative for those trying to manage their pain.  As an accessible, natural alternative to prescription opioids, I can understand why this may be of interest to those trying to manage pain and part of the reason why its use has increased over time.  Kratom’s reputation for being a “safe” alternative to opioids has also likely contributed to its growing acceptance by the general public.

The intention of the study was to provide an analytical method to better detect mitragynine and outline case studies from death investigations.  Are there additional points from the research that the postmortem toxicology and law enforcement communities to consider?

DP:  The question we get asked all the time in toxicology is essentially “what does this concentration mean?”  As a scientific community, we are still trying to put together information to be able to answer this question for mitragynine.  There is a lack of clinical data to understand what kind of dose results in a certain concentration in a specified biological specimen.  We wanted to emphasize in this study the need for a toxicology test that appropriately separates mitragynine from its other chemically-related compounds as well as the need for chemical testing to be done within a proper amount of time.  When trying to interpret a concentration, you do not want that value to be improperly elevated due to poor separation during testing or artificially decreased due to drug instability.  To start to be able to answer the question regarding what to expect with associated blood concentrations, we need unbiased data points, in addition to other information including case history and comprehensive drug screening.  Using a laboratory with a test that resolves mitragynine from its isomers and submitting samples promptly for testing will aid in obtaining that unbiased data for mitragynine that is needed.

The study stated there has been an increase in DUID cases where mitragynine is present in the driver’s system; however, the sample size is still too low to be generalizable.  Does mitragynine not being a controlled substance create a public safety matter because law enforcement may not be looking for mitragynine use in an impaired driver?

DP:  I want to take the opportunity to emphasize that just because a substance is not on the “Controlled Substance” list does not mean it does not pose a public safety concern when used improperly by drivers.  For example, difluoroethane is a propellant in aerosol sprays such as “Dust-Off”; this is not a controlled substance, but certainly if someone huffs difluoroethane, then drives on the road, they are endangering themselves and others by being impaired.  Mitragynine has psychoactive properties, and therefore there is potential to impair someone’s ability to safely operate a motor vehicle.  The problem associated with toxicological analysis for DUID investigation casework is that the effects associated with mitragynine use will resemble that of other, more routinely encountered recreational drugs, and that testing for mitragynine is more specialized.  Few laboratories are able to test for mitragynine, and for those laboratories who do perform the testing, mitragynine is likely not within the scope of preliminary drug screens and only available through more advanced panels. In addition, a majority of DUID clients utilizes a stepwise approach in toxicology testing. From a prosecution perspective, if there are some findings from the routine analysis, more specialized testing might not be conducted. These could result in underestimation of mitragynine positive cases in DUID population.

Are there Public Health implications that general consumers should be cognizant of with respects to mitragynine that are not outlined in the published research?

DP:  A basic principle in toxicology is the old adage “the dose makes the poison”, which essentially means that any substance can have harmful effects, including water and oxygen, but the amount of substance needed to exert toxicity on the human body will vary.  In regards to Kratom, there is a lack of regulation over the products, so you do not know how much mitragynine is in the products or if there are additional contaminants, such as other psychoactive drugs.  Further, there are no researched guidelines for dosing.  When individuals are using these products, such as drinking a tea or ingesting a pill containing powdered Kratom, they do not know how much to use or how much mitragynine they are getting into their systems.  Because there are many unknowns, between lack of product oversight and clinical trials, there is certainly risk to the end users of Kratom.

The Trouble with Kratom: Analytical and Interpretative Issues Involving Mitragynine

This complimentary infographic outlines the findings from the study The Trouble with Kratom: Analytical and Interpretative Issues Involving Mitragynine. The paper was published in Journal of Analytical Toxicology.